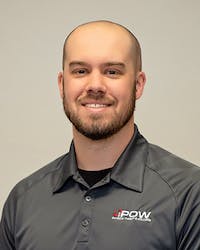 Dr. Rodriques, from Canadian, Texas, spent three years in the Army before graduating from Angelo State University with a Master's degree in Physical Therapy. He later received his Doctor of Physical Therapy degree from Temple University and earned certification as a Geriatric Specialist through the American Physical Therapy Board of Specialists. Ryley is the area's only board-certified geriatric specialist and acts as clinic director.

In addition to his geriatric specialty, Ryley is proficient in the treatment of adolescent post-concussion syndrome and dysautonomia. He is frequently seen working under the ropes of the Redcord Suspension system, a treatment approach he’s been using since 2014.

Ryley is married to Brooke and together they have two daughters, Rylan (7) and Reagan (5). Away from the clinic, he enjoys tea parties, watching princess movies, rooting for his beloved Texas A&M Aggies, hunting/shooting, grilling out on his back patio, and beekeeping. 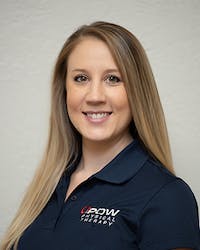 Kristen Davenport, PT, MSPT grew up in Fillmore, CA where she took an early interest in sports, particularly competitive swimming. During her college years at San Diego State University, she explored the world of triathlon and raced in several sprint and Olympic distance races. When it came time to choose a career, physical therapy seemed a natural fit, allowing her to use her love of sport and human anatomy to help others achieve their physical goals. Kristen graduated with a Bachelor of Science in Kinesiology in 2010 and went on to earn her Master's in Physical Therapy from California State University, Northridge in 2014.

Clinically, Kristen's focus is orthopedics; she particularly enjoys helping athletes overcome injury and return to sport at full capacity. She moved to Amarillo in the Spring of 2017 for the scenic views and mild weather, a welcome escape from the harsh Southern California winters! Her husband, Matt, is a native Texan and was instrumental in the decision to move to Texas.

In January of 2019, Kristen and Matt became parents of a baby boy, Bennett, and he has been the light of their lives since. When not working, Kristen enjoys traveling, hiking, and listening to live country music. She and Matt love cooking, working out, and playing with their dogs, Hank and Waylon. 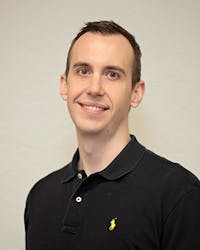 Originally from Guymon, Oklahoma, Dr. Mayer studied at West Texas A&M before completing his Doctorate of Physical Therapy at Touro University Nevada in Las Vegas. He and wife, Kylee, have three children; Pippa, Reece, and Georgia.

Robert loves watching, playing, and discussing sports of any kind. As an Okie, he’s especially fond of the Sooners.

When not working, he can usually be found teaching his kids to play whatever sport is in season, but he also enjoys hiking in Palo Duro Canyon and taking yearly trips to Disney World with the family. 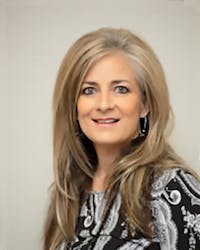 Originally from Dalhart, Texas Traleia grew up in a ranching family where she developed a strong love for horses and rodeo. She worked on the family ranch, and as a cosmetologist, while raising her three children, Stormy, Laramie, and Tex; but eventually chose to pursue a career in physical therapy after serving in a variety of non-clinical roles at Dalhart Physical Therapy, becoming a Physical Therapist Assistant in 2011.

She and husband, Bill, are competitive team ropers and actively involved in rodeo. Her son, Stormy is a professional bull rider.

Traleia loves to travel and see new places - by car or plane, near or far. Aside from her yearly pilgrimage to Las Vegas for the National Finals Rodeo, she’s made multiple trips to Africa and the Netherlands.

When not working or horseback (which is seldom), Traleia enjoys playing golf and spending time with her grandkids. She does not like to cook! 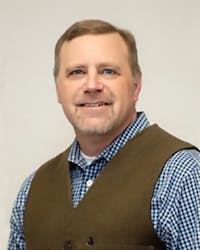 Derek grew up in Canyon, Texas and received his degree in physical therapy from Texas Tech University Health Sciences Center in Lubbock. He has held management roles in a variety of treatment settings and operated several rehabilitation/wellness businesses, opening iPOW Physical Therapy & Wellness in 2015.

Derek has many interests and the rate at which he discards one pursuit in favor of something new and shinier keeps his wife and kids in a constant state of disbelief and embarrassment. He’s a life-long living room guitar player, avid skier, Red Raider football fan, and mediocre shade-tree mechanic.

He and wife, Charleine, have four children; Ashley, Bella, Jake, and Avery. 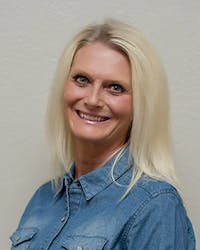 Originally from Panhandle, Texas, Meredith grew up with three sports-crazed brothers. In high school, she played basketball and ran track, qualifying for the state meet three of four years. Her basketball skills won her a scholarship to Frank Phillips College in Borger. After completing her basics there, Meredith transferred to Amarillo College to begin the Physical Therapist Assistant program.

Since graduating from AC in 1995, Meredith has worked in a variety of physical therapy settings, most recently providing care to homebound patients in the Pampa, Texas area. But she's spent plenty of time in outpatient clinics, as well, obtaining extensive training in Myofascial Release techniques.

She has two college-age sons, Logan and Layton, both enrolled at West Texas A&M. When not working, she and fiancé, Mark, enjoy boating, snow-skiing, and spending time with their dogs, Harley, Boomer, and Zig. 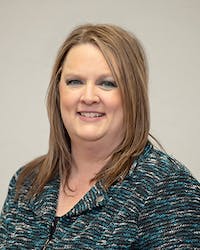 Robyn joined our sister company, Catalyst Rehabilitation, in 2009 after a successful stint in hotel management and was instrumental in the development of what is now iPOW Physical Therapy & Wellness. Officially, she functions as business office manager, but that title fails to convey the significance of her contribution, which often includes duties far exceeding her job description. Robyn is a native Amarilloan and married to Todd. In their spare time, she and Todd enjoy home improvement projects, Golden State Warriors basketball, and spending time with their sons and granddaughters. 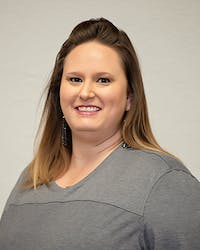 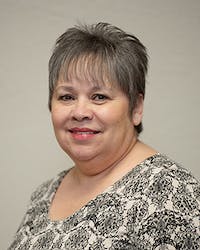 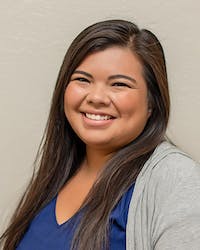 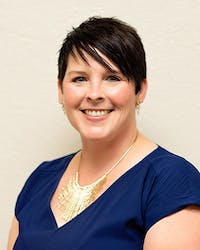